Klondike Elementary School had its beginnings in 1832 as a one-room log cabin with Stanford Cox, a pioneer poet, writer, and historian, as the first teacher. In 1899, the log cabin was replaced with a two-room brick building called Hebron School, where four grades were taught in each room. Students were brought to school in carriage and pony cart. This area of Wabash Township used to to be called Burton, but was renamed Klondike after the excitement in the community of the Alaskan Gold Rush.

In the early 1920s, consolidation was sweeping the country, but Wabash Township was reluctant to join the movement. After many petitions, remonstrances, and public meetings, the trustee of the township was authorized to begin construction of a township consolidated school. A ten-acre plot of land was purchased, a store and church were moved, and excavation began. The new, brick building consisted of twelve classrooms, a gymnasium, and auditorium. It cost $85,000 and was completed in the summer of 1926. That year the new school welcomed 300 students and 16 teachers working in grades 1-12. Nine buses were used to transport the students from the six districts in the area, and in just a few years, Klondike became the largest school in the county.

In 1953, it became apparent that the 1926 facility was no longer adequate for Klondike's growing population. A new building, what is now Klondike Elementary, was dedicated in September 1956 with 37 rooms and a gymnasium. These rooms make up our current High Ability, first grade, and third grade hallways. By 1958 more space was needed. An eight-room addition, our current second grade hallway, and community room named after long-time Wabash Township educator Berth Harriman, was completed in 1961. The Harriman Room is used by our Title I team today.

The community still continued to grow. In 1970, the High Schools of Klondike, Battle Ground, and East Tippecanoe consolidated to make Harrison High School. Grades seven, eight and nine held classes in the old Klondike High School building. A year later another wing was added to the elementary building and they began to see Kindergarten students arrive. The newly built wing is where our fifth grade classrooms and Art are now held. The lower gym was also added at this time. More changes for the Klondike area were in store. Klondike Middle School was built in 1979, and it was decided that the old Klondike High School was to be demolished. Part of the old high school gym floor can be found across from our front office, and is known as "The Big K". This is a meeting place for families and groups before and after school.

In 1985, ninth graders were moved to Harrison High School, and the Klondike Elementary sixth graders left to go to the middle school. Klondike added the Library and 700 hallway, which houses our Resource Rooms and computer labs. In 1991 our current front office, gymnasium, and cafeteria were created. Our latest addition occurred in 2010 when our fourth grade wing was added.

Klondike had sure come a long way from the that two room school house over one hundred years ago.

-Information compiled from "History of Klondike Schools in Wabash Township" by Angela M. Jones from 1987. Angela was a former student teacher at KES.

The United Nations of Klondike 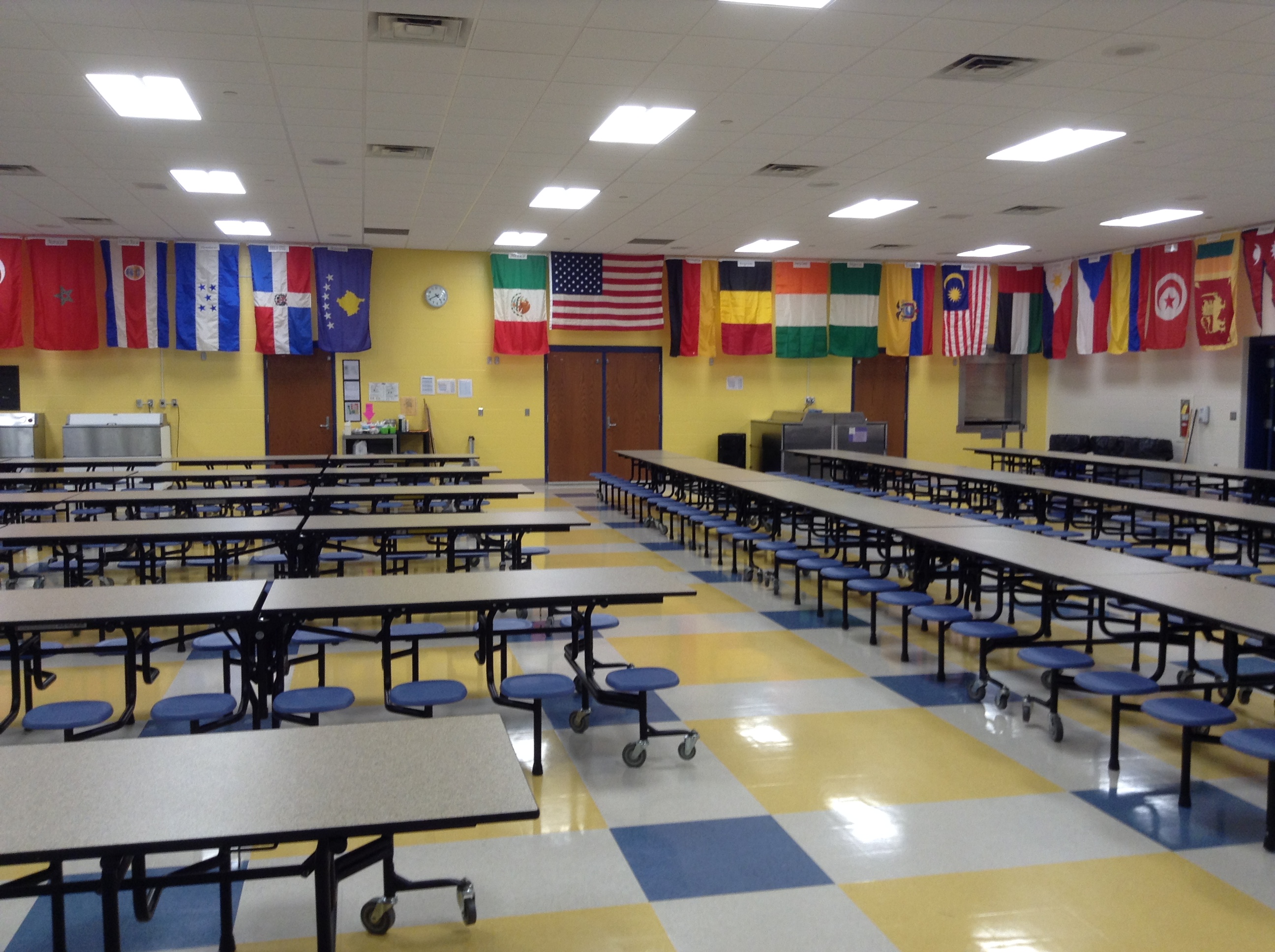 Our school benefits from an ever-changing, incredibly diverse population that we like to call the "United Nations of Klondike." We display flags for each country in our Global Diner, or cafeteria, here at school.

Our last record check shows our population includes children from the following countries.

Special thanks to Amy Keene for her assistance with keeping our list up to date!

As you enter our building, you will see our stained glass windows. They were designed by our students with the help of an artist-in-residence. We are fortunate to have several art projects around the building that have been created with artists-in-residence, with the most recent being completed in 2016. Each year student artwork is displayed down the main hallways of the building. Some pieces are even framed as a special recognition of their craft. 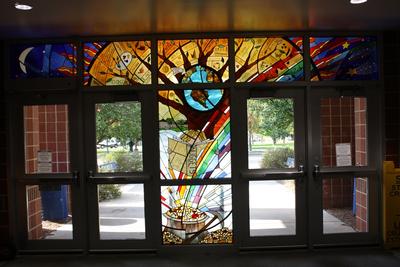 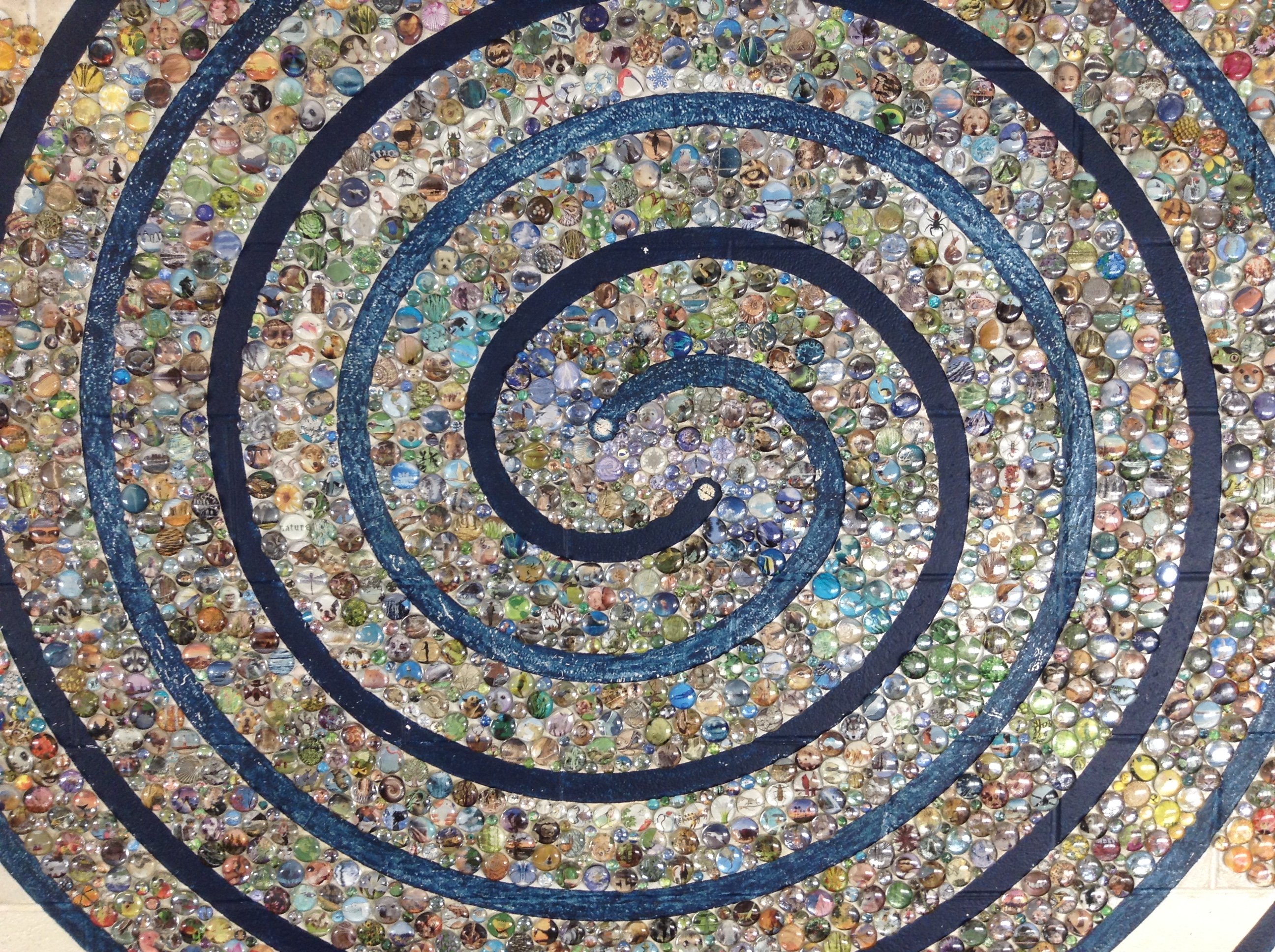 Klondike Elementary was once Klondike High School. As you enter the building, you see the "Big K" from the floor of the old High School gym. This is located across from the office by the main entrance. 
At Klondike, we're proud of our two courtyards. The larger courtyard is home to many types of flowers, a picnic area, and a pond complete with goldfish. Our second courtyard has been transformed into an outdoor classroom. Our first grade classes have helped to create artwork and plant the flowers seen there. If you look closely, you can even see Gerald our giraffe munching on some leaves. 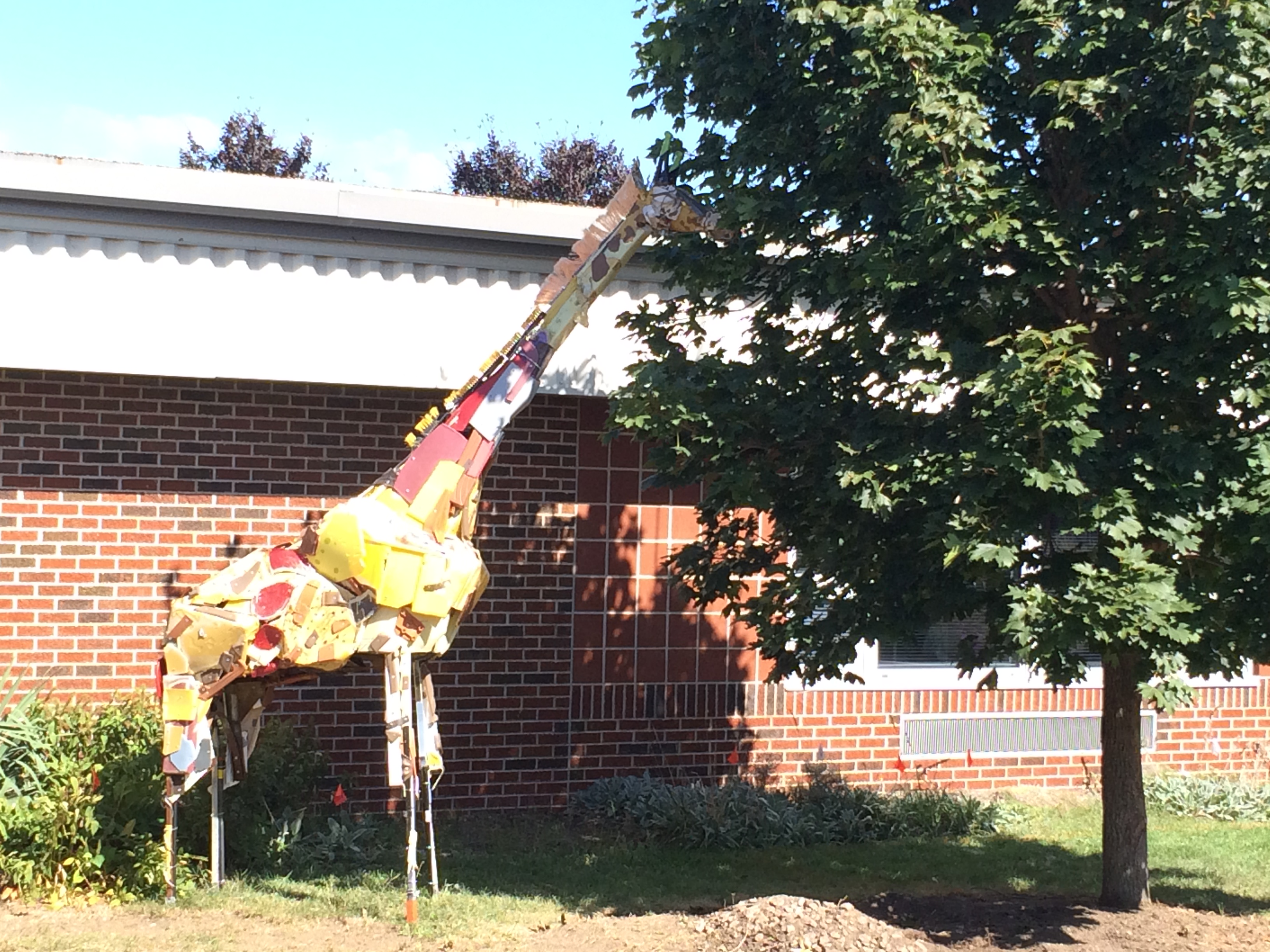 In 2001, after September 11, the students in our third grade classes created a flag to display in the hallway with their handprints. This was a reminder of what happened that day. In honor of the 10 year anniversary of September 11, the third grade classes again created a piece of art to show that we will honor those who were lost on that tragic day and recognize those who were there to help. If we're cheering loud
That's because we're proud
Of everything we do.

Let's hear it for the Klondike Nuggets,
And the spirit for which they stand.
'Til the sun's no longer gold
And the sky's no longer blue,
Klondike, we're all for you!

Words and Tune by Kelly and Nancy Clapper - 1983

Below are the names of many of our retired staff members of Klondike Elementary School. 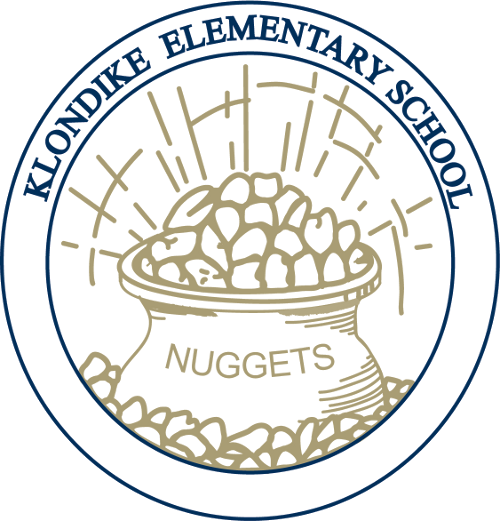 Thank you to Nancy Crum for helping to organize this.

Klondike is fortunate to have many parents and community members who help in our school. On any given day you may find lunch buddies, Read to Succeed volunteers, parent helpers, field trip chaperones, and more working with our students in a variety of ways.

In 2012, the TSC School Board passed policy 8120 requiring all adults who volunteer in our buildings, including field trip chaperones, to have a limited background check completed prior to working with students. For field trips, these checks must be approved prior to the date of the trip in order for an adult to attend with their student. It is best to complete the form and return it early if you are considering attending any field trips, as the processing can be delayed. For more details and to download the background check form, please go to the TSC Volunteer Information page.